Ten Great Steampunk Novels (you might not have heard of) by M.K. Hobson

I'm delighted to be part of the Warlock's Curse blog tour which is hosted by CBB Book Promotions. Ms. Hobson's debut novel, The Native Star—the first book in her Veneficas Americana series—was nominated for a Nebula award in 2010. She lives in the first city in the United States incorporated west of the Rockies. Her favorite writers are Theodore Dreiser, Sinclair Lewis, Booth Tarkington, Gore Vidal, and William S. Burroughs. The Warlock’s Curse is her third novel. Ms.Hobson is here today to give us her recommendations for ten great steampunk novels we may have not heard before! To make browsing easier for you, I've included book covers from Goodreads and linked the titles to Amazon.


M.K. Hobson's Ten Great Steampunk Novels (you might not have heard of)


With Christmas coming up, I bet many readers of Books In The Spotlight will find gift certificates for books in their stockings. Well, the readers who have been nice, anyway. And those who have been naughty surely have better ways of getting their hands on books than waiting for some fat man in a red suit to slide down the chimney with a gift certificate. So however you get your hands on them, here’s a list of ten great steampunk books you might want to check out in 2013!

Ironskin by Tina Connolly: The elevator pitch for this one—a “steampunk Jane Eyre with fairies”—really doesn’t do justice to this compelling, lyrical tale. Whether you’re a fan of steampunk or Charlotte Bronte, you’ll like this one.

Mechanique by Genevieve Valentine: A powerful tale set under the big top of the magical Circus Tresaulti. It’s simply chock-a-block with beautiful imagery, such as the mechanical wings which lay at the center of a epic power struggle between two fascinatingly damaged characters.

Heart of Iron by Ekaterina Sedia: This book as intelligent as it is gripping, set in a in a Russia where the Decembrists' rebellion was successful and the Trans-Siberian railroad was completed before 1854. A prime example of steampunk set outside the by-now-somewhat-yawn-worthy streets and alleyways of “foggy London.”

What Lies Beneath the Clock Tower by Margaret Killjoy: A devilishly delightful “choose your own adventure” steampunk novel with colonialist gnomes, indigenous goblins, and no small amount of political consciousness. This one is as intriguing as it is enjoyable.

The Falling Machine by Andrew P. Mayer: This “steampunk superhero” book takes place in a Victorian New York powered by the discovery of Fortified Steam, a substance that allows ordinary men to wield extraordinary abilities. Super fun, with a strong heroine.

God Save the Queen by Kate Locke: I like to take my steampunk with a large helping of magic, and there are plenty of magical creatures in this one. I especially like what Locke does with her goblins.

The Kingdom of Ohio by Matthew Flaming: I am cheating a bit, because I can’t classify this one as purely steampunk, but I think it will hold a lot of appeal to readers who like steampunk. And it has a beautiful love story, which I think everyone likes.

The Women of Nell Gwynne’s by Kage Baker: This isn’t really unknown, as it was nominated for several awards, but it’s a novella, so it may have slipped under the radar. The titular women of Nell Gwynne’s not only work at the most exclusive brothel in London—they are also secret agents.

All Men of Genius by Lev A.C. Rosen: I started this list with a “steampunk Jane Eyre” so it seems only appropriate to end it with a “steampunk Twelfth Night.” I generally go for darker fodder, but this one was sweet and light and fun.


Thank you so much for stopping by the blog today and giving us new authors and books to discover, Ms. Hobson! 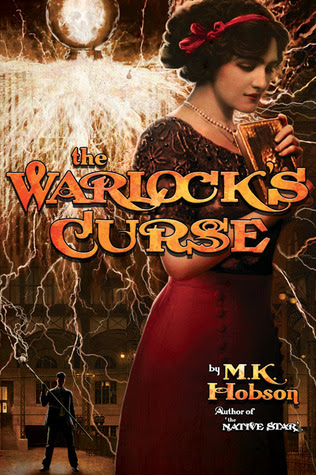 THE YEAR IS 1910. Eighteen-year-old Will Edwards has landed a prestigious apprenticeship at Detroit’s Tesla Industries, the most advanced scientific research center in the United States. It’s a plum prize for a young man who dreams of a career in the new science of Otherwhere Engineering.
But his father doesn’t want him to go. And he won’t tell him why.

Determined to get there by any means necessary, Will finds unexpected support along the way. His old friend Jenny Hansen—daughter of a San Francisco timber baron—is eager to help him for reasons of her own. And so is his estranged brother Ben, who he hasn’t seen in over ten years.

But running away turns out to be the easy part. On the first full moon after his eighteenth birthday, Will is stricken by a powerful magic—a devastating curse laid upon his ancestors by the malevolent sangrimancer Aebedel Cowdray. Will must find a way to control the magic that possesses him—or the vengeful warlock’s spirit will destroy everything and everyone he loves.

Readers, if you would like to know more about Ms. Hobson be sure to check out the links below: